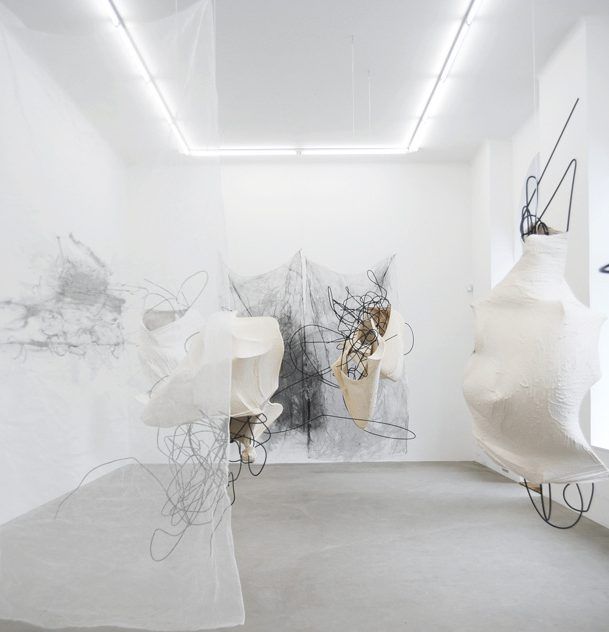 Based on movement, Leontine Arvidsson’s compositions are built by fragments of physical activity, layers emerging and coalescing by painting over failed attempts rather than erasing them. Instead of demolishing and diminishing errors, each performed movement encourages another doing, exploring new changes and new forms.

Arvidsson’s second solo exhibition at the gallery, with circumlocution, shows a series of new sculptures and paintings. The cores of the sculptures are formed by bent and twisted rebar, resembling sketches of pencil lines drawn in the air, which are then wrapped with thin cloth lowered into a bath of acrystal. Time, place, circumstances and interaction impact the final form of the sculptures. As ideas evolve with time and changing circumstances, the experience of Arvidsson’s three-dimensional sculptures transform along with the movement of the spectator. 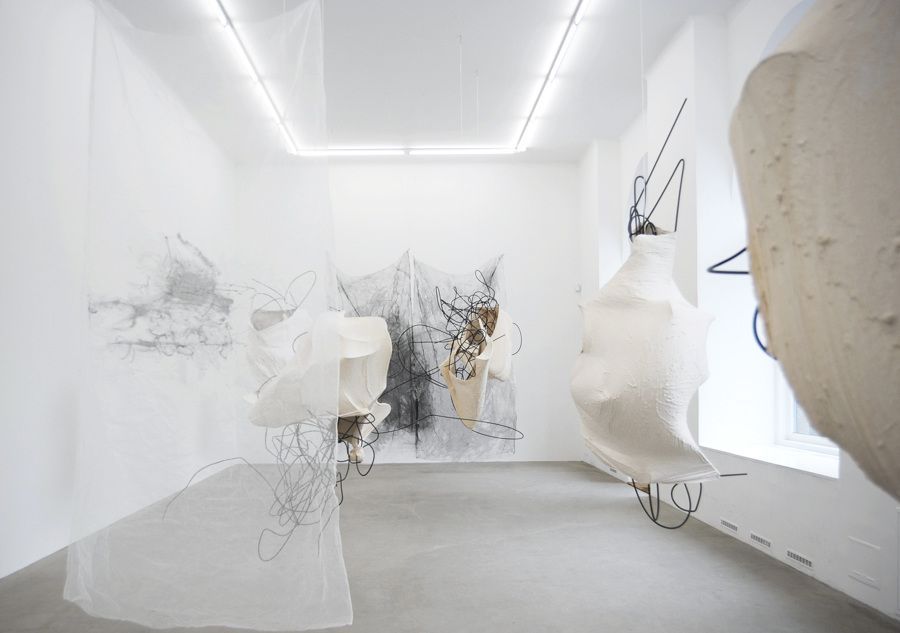 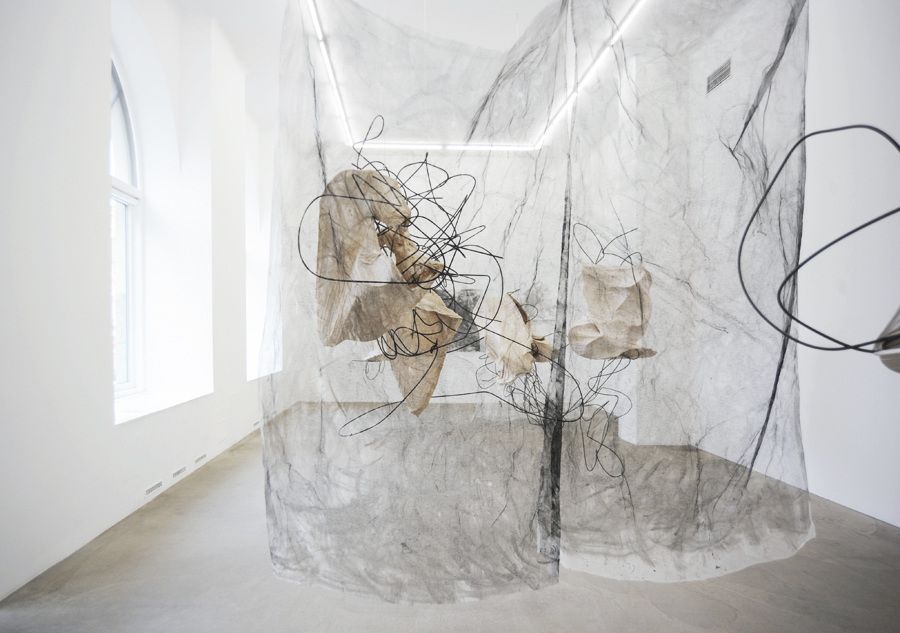 Paintings on the same type of fabric that wraps around the sculptures hang freely in the room. Seemingly hastily-painted brushstrokes of ink dash across the diaphanous fabric, creating moments of interference and convergence as the viewer moves about the exhibition. 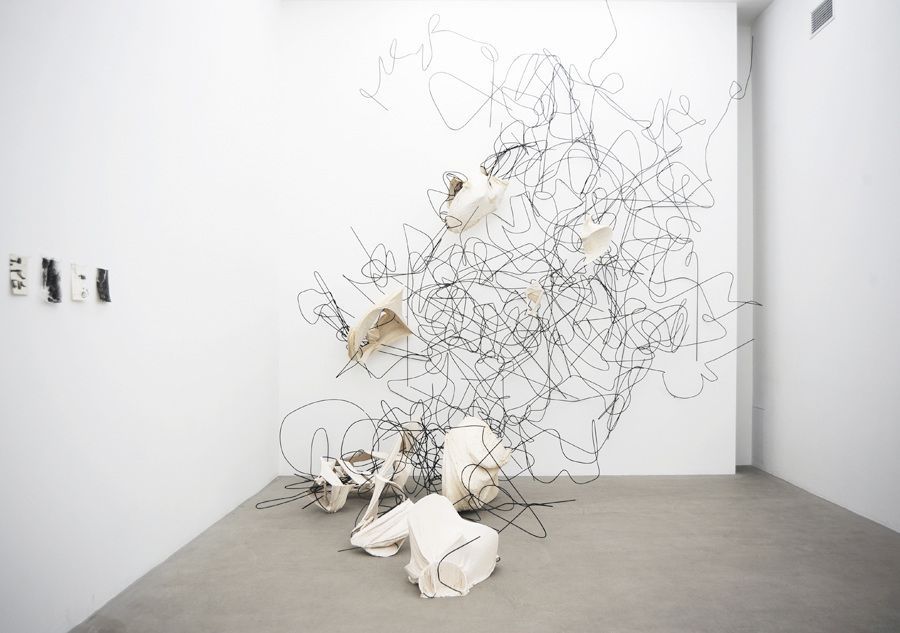 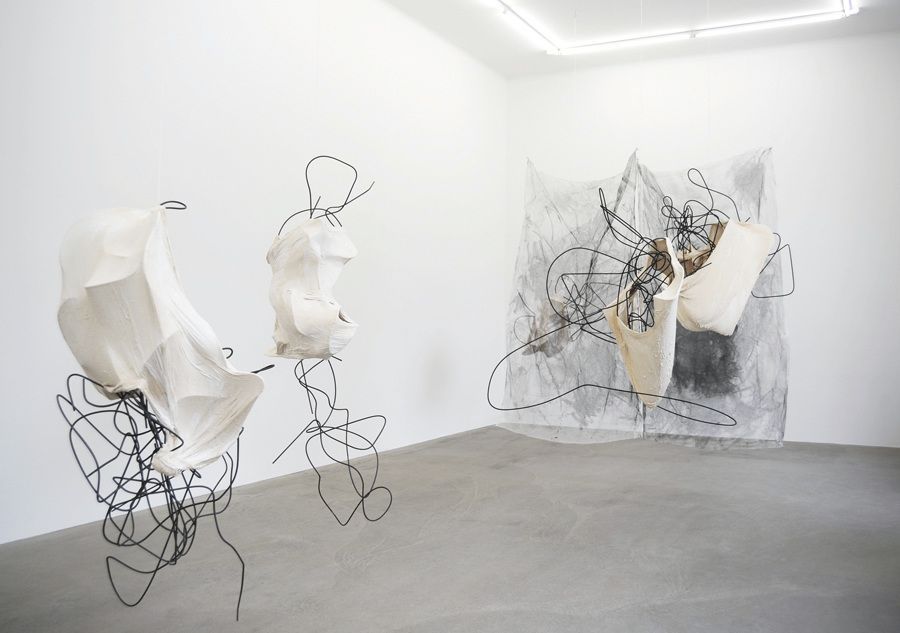 Subscribe to the newsletter for updates about new articles and events.

Check out the art for sale in Architerior Galleryshop