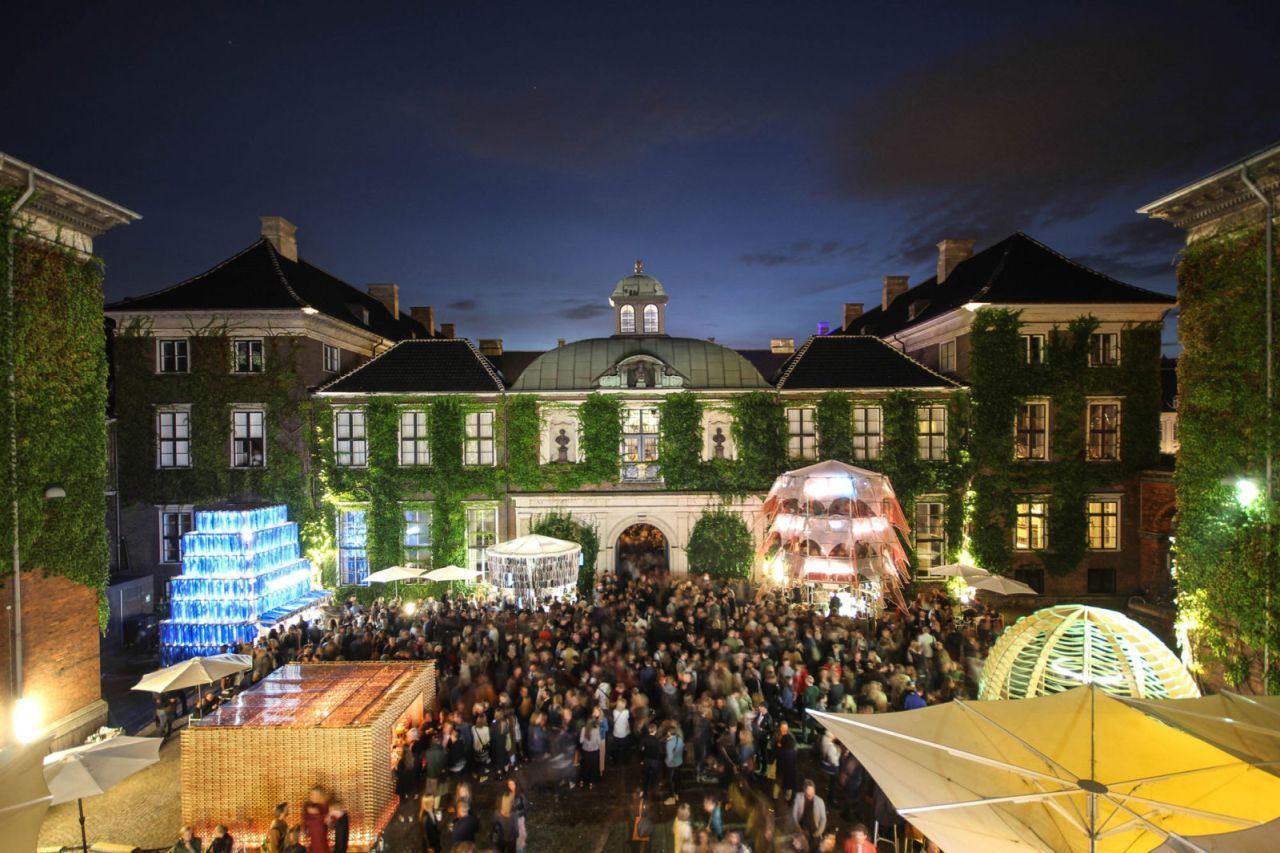 CHART ART FAIR 2017 in Copenhagen has ended, and Architerior had a talk with the fair creators and some of the galleries who took part.

Isabella Hemmersbach, head of communication at CHART describes the reactions and reviews of the fair 2017 as extremely positive. This was the 5th edition of CHART, and Architerior was curios to hear how she experienced the fair compared to previous years. Isabella explained that they have had “more visitors than ever, even though the SOCIAL programme and opening concert was even more art focused than previously. Also our focus on talents with the large CHART EMERGING exhibition was well received and provided a great platform to promote talents from the Nordic region. Equally, collaborations with the Royal Theatre – Corpus, and Copenhagen Contemporary were well received.”

Elle Frie and Anna Bohman of Swedish ANNAELLEGALLERY presented a live video performance by the Greek performance artist Virginia Mastrogiannaki. Her long durational performance like me, where the act of photographing oneself (the neologism “selfie”) becomes a perpetual video capture. Throughout the duration of the exhibition opening, a digital reproduction of a live-streaming-selfie was running. Virginia Mastrogiannaki seeks to find the most flattering picture of herself, maintaining it unchanged until the end of the performance. From beginning to end, she is trying to remain stable both in her position in the frame, as well as to her idealized image. Due to the long duration, such a practice is impossible; as time goes by her ideal selfie, the image of Self, is altered and deformed unintentionally.

Julie Quottrup Silbermann, director of Danish gallery Nils Stærk, says that after this 5th edition of CHART Art Fair she can really feel how the fair has developed over the years and has become a strong platform for Nordic Contemporary Art that several international collections has found their way to. At CHART Niels Stærk presented a new large-scale tapestry by Swedish artist Miriam Bäckström together with a total installation by Danish artist Lea Porsager, that will be included in the upcoming curated show Ovartaci & The Art of Madnessat Kunsthall Charlottenborg. Julie experienced a very good response from both visitors and press, and with a positive reaction on theopen and untraditional structure of the booths.

Christian of gallery Christian Andersen says that the team are exhausted, but also happy that it was a succes. They exhibited a series of small paintings by young Danish artist Carl Mannov and a new series of wall works in plastic relief by German artist Benjamin Hirte. “We had very positive feedback. The booth was close to being sold out to primarily new international clients. With regards to press Artsy picked Carl Mannov as one in five to watch”, Christian explains.

Are you an inspiring person within architecture, interior, art or design and want to share your thoughts with Architerior’s readers? Send us a message through the contact form and we’ll get in touch with you!

Next post: Zuza Mengham: Sculpting in the Resin Age